As a guitarist-singer-songwriter, I have spent many years as either a solo artist or a member of a band performing in concert halls, resorts, coffee houses, clubs, county fairs, backyards and living rooms all across the country. Home base for me is beautiful little coastal city of Belfast, Maine.

During my first 20 years of performing, I  performed mostly covers by many of my singer-songwriter heroes (Gordon Lightfoot, Moody Blues, James Taylor, Michael Franks, CSN&Y, Bob Dylan, Ian & Silvia, Leonard Cohen, Joni Mitchell, Joan Baez, Carole King, Peter, Paul & Mary, Simon & Garfunkel, George Harrison, John Lennon  and others), all while composing my own original songs and instrumental works. Eventually, I began adding a few of my original songs to my set lists and was pleasantly surprised by the positive reception I received. Over the years, my original songs slowly began to take over the majority of songs on my set lists, and today I am performing 95% original tunes, sprinkling in a few covers by my favorite artists. I now have over 150 original songs and a few instrumental pieces. My primary focus now is to do live performances and produce more albums.

My first album, "Sunshine or Rain", contains 11 of my original songs. The album was recorded at Acadia Recording Company, and was released on February 2, 2020. Wow! Just in time for a world wide pandemic to be announced in the same month! In the music industry, they say "timing is everything", especially if you are relatively unknown and trying to put out some new music. So, to say the least, my ability to get out to play and promote my new release was shut down before I could even get started. As the pandemic winds down, I look forward to getting out in public to perform and promote my music.

In the mean time, I hope you'll take the time to listen to my songs. And, if you like what you hear, please let me know, share with others, and consider supporting me by purchasing my music and/or donating via my tip jar on my website's link below. My songs are available as individual song downloads, a whole album download, or a physical CD (which also includes the song lyrics, notes, and album download).

Thanks for Visiting & Love to All, 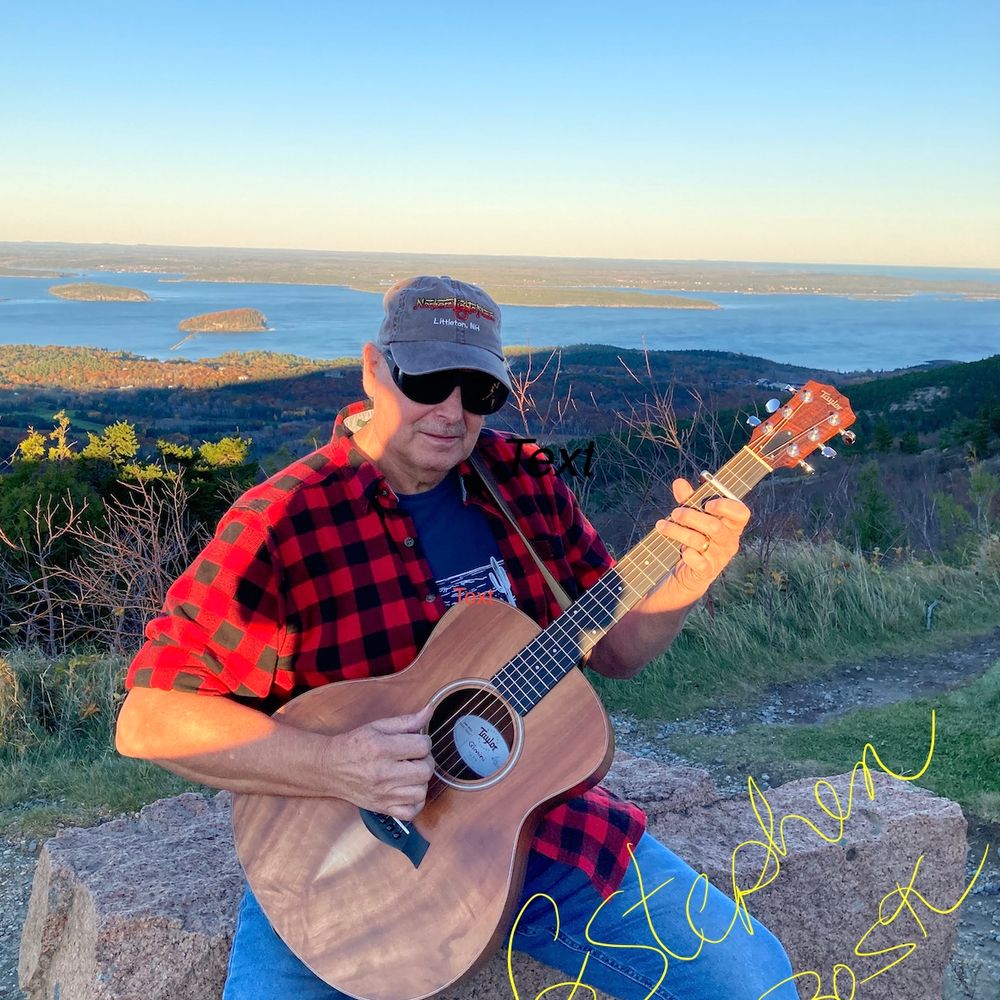 Tips & Donations go along way to help us fund our music independently and will go towards helping us return to the studio to produce another release it also helps us with our expenses for our cost of live performances.

Enter the amount you wish to donate

This 2020 release by singer-songwriter G Stephen Bosk is a selection of Folk-Rock tunes from his huge catalogue of original songs spanning 5 decades. All songs on this album were recorded, over several sessions, during the Fall of 2018 & Spring of 2019 at Acadia Recording Company in Portland Maine. Enjoy!! G Stephen's catalogue holds at least

This 2020 release by singer-songwriter G Stephen Bosk is a selection of Folk-Rock tunes from his huge catalogue of original songs spanning 5 decades. All songs on this album were recorded, over several sessions, during the Fall of 2018 & Spring of 2019 at Acadia Recording Company in Portland Maine. Enjoy!! G Stephen's catalogue holds at least 10 more albums. Stay tuned.